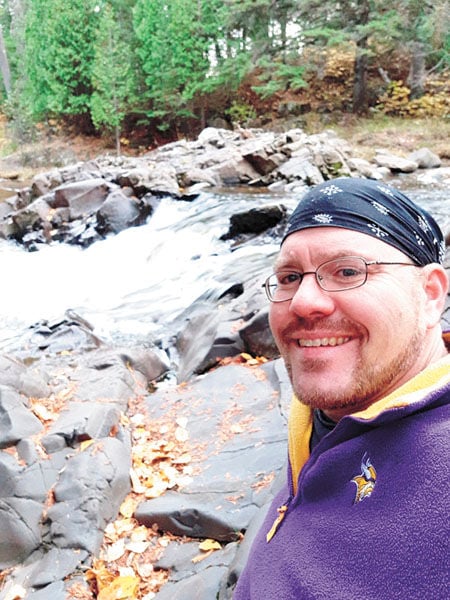 TJ Ennen returned to Pine City to open In The Zone Therapeutic Massage. He chose this area mainly because he wanted to give his hometown a second chance and be closer to his children and family. 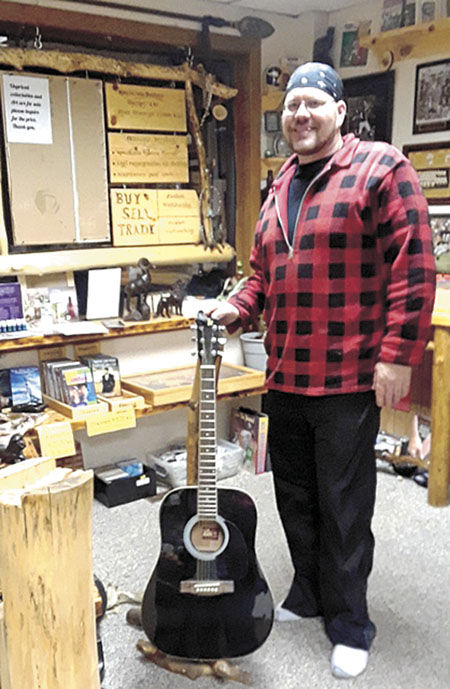 TJ Ennen returned to Pine City to open In The Zone Therapeutic Massage. He chose this area mainly because he wanted to give his hometown a second chance and be closer to his children and family.

Pine City’s newest massage therapist is the first to admit that he has traveled a bumpy road filled with challenges, mistakes and life lessons. For the past several years he’s been doing a lot of soul-searching, learning and healing while working hard to strengthen relationships and continue moving forward on a positive path. His journey has brought him full circle back to his hometown with a new approach to life and a passion to help others.

Terry Ennen Jr., or TJ as his friends call him, grew up in Pine City with what he describes as a normal family that, like many, had its quirks but was overall loving and supportive. Yet he struggled to find acceptance in high school and often was the victim of bullying and even physical attacks. Turning to school administration for help made the situation worse, and not knowing how to cope, he eventually took matters into his own hands, which left him with a reputation, a distrust of authority systems and feelings of hopelessness and anger.

Despite his difficulties in school, Ennen toughed it out and graduated in 1992. He had signed up for the Army Reserves in his senior year and although he did well and liked the challenges and opportunities to learn, he still had unresolved issues and spent the next decade or so struggling to find himself and his place to belong.

Yet he never lost the part of his upbringing that values being a sincere and honorable person, and he tried many different ways to get a handle on things, including counseling, building a spiritual foundation and reading everything he could to get a better understanding of himself and develop the tools he needed to deal with the stresses of life and the hurtful actions of others. He also started practicing qigong, and that was a turning point in his life. To watch Ennen work through various qigong moves and poses is seeing poetry in motion, and the peace and focus that comes over him is clearly visible, to the point that one thinks, “I want some of what he has.”

Qigong, (pronounced chee-gung), is defined by the National Qigong Association as “a mind-body-spirit practice that improves one’s mental and physical health by integrating posture, movement, breathing technique, self-massage, sound and focused intent.” Ennen found that the commitment and concentration required for qigong helped him clear his mind, let go of the negative and make room for new, positive ideas. He learned to look inside himself for the discipline, balance and acceptance that were missing in his life.

He put many hours into practicing, and as his skill level and self-confidence increased, his outlook, thought processes and overall personality changed. He learned to diffuse the stresses in his life rather than let them build until he exploded, and he became a much more calm, contemplative person who has the skills and understanding to make better choices when faced with problems or difficult situations.

“Conflict is inevitable,” Ennen acknowledged. “I knew I had to learn mechanisms to combat the negative thinking and stop seeing myself as a victim, but instead as a someone who is a positive creator.” He also learned that making mistakes and owning up to them didn’t make him a bad person. “When you do something wrong but you take responsibility for it and make amends, that can be very powerful and healing,” he shared.

Ennen also found healing through massage, which goes hand in hand with qigong. “A stressed body is a stressed mind, and vice versa,” he stated, adding that massage can provide significant relief from emotional pain as well as physical. As part of developing a life plan, he decided to pursue massage therapy as an occupation. “I knew what it had done for me. It’s become my passion, and I wanted to share that with others.”

While studying massage therapy at Lake Superior College, he connected with Katie Olson, a yoga instructor who was also studying massage. Olson later went on to found It Takes a Village Healing Collective in Duluth. Ennen’s involvement in that process and the collective has had a profound impact on his life as well.

The Village is a space for yoga, wellness and the arts. As their mission statement describes, they  offer “accessible and inclusive programming and services that support the integration of healing practices into daily life.” The participants at the cooperative place strong importance on being inclusive of everyone no matter the labels that society attaches that often make it difficult for people to find acceptance. For a man who has spent much of his life looking for a place to belong, the people involved with The Village provided a welcoming, safe place for Ennen to continue his journey. It was reassuring and inspiring to finally experience firsthand a group behaving inclusively and with concern for all members. He’d always had an idea of how that should be, and at The Village he was able to see people who sincerely live and breathe those values.

As he grew in his qigong and massage knowledge, he reached a point where he felt ready to share what he’d learned with others and began teaching classes at It Takes a Village. This eventually gave him the confidence and encouragement to make the next step in his life.

Drawing on the concepts embodied by It Takes a Village, Ennen returned to Pine City to open In The Zone Therapeutic Massage. He chose this area mainly because he wanted to give his hometown a second chance and be closer to his children and family. But he also saw that the area already contains a base of holistic practitioners as well as people receptive to natural healing and wellness methods, including Nilsson Chiropractic and Forever Natural Massage right next door to his location and More Than Sprouts just a couple doors down. He sees this as a great opportunity to work cooperatively.

“I don’t want to step on anybody’s toes,” he stated. “I want to add to what’s here and hopefully create more interest and community. Different practitioners have different modalities, and giving people choices helps them find what works best for them. Being able to help people get rid of their pain and find healing is what it’s all about for me.”

For Ennen, as with many who pursue a holistic lifestyle, art and creativity also play a big role in overall growth and happiness, which is why he’s pleased that the Pine Center for the Arts is just down the block and that Robinson Park, across the street, is a focus for music and community events. His shop includes a space for his collections of art, music and unique curiosities that he’s picked up on his journey.

“My dad and I got into collecting sports cards and memorabilia and it took off from there. We even had a shop here in town for a couple years” he shared. “It’s remained a hobby for me, and when I got this space, I brought in some things to add interest and give people something to look at while they wait, but other collectors and shoppers are welcome to come check it out.” He also invites those with questions about his holistic services to stop in and chat. Shop hours are Wednesday through Friday from 10 a.m. to 8 p.m., and by appointment.

As part of bringing people together to share knowledge and creativity, Ennen has organized a gathering, which is scheduled for Nov. 9 at the Pine City American Legion. From 10 a.m. - 4 p.m. there will be a collectors’ and artists’ show followed by wellness presentations on topics such as essential oils and acupressure points from 6-7:30 p.m. The event is free to the public, and anyone interested in being a vendor or presenter can contact Ennen at 218-929-9260.