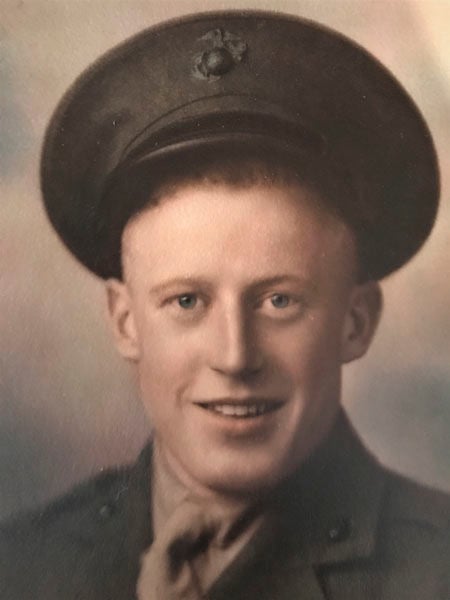 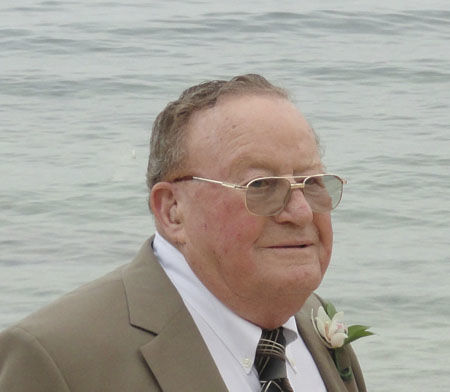 Memorial service will be held on Tuesday, Nov. 26, 3 p.m. at the Historic St. Victoria Catholic Church, 8228 Victoria Drive, Victoria with Father Bob White as clergy. Family will receive friends 2 – 3 p.m. at the church. The inurnment will take place, prior to the service, at Fort Snelling National Cemetery Assembly Area # 2, Minneapolis at 12:30 p.m., all are welcome.

Jerry was born Jan. 7, 1926, in Minneapolis, to Benjamin and Zella (Kirby) Trinkle, one of six children. Jerry was raised in Minneapolis and faithfully served his country in the 2nd Marine Division 8th regiment during WW2, 1944-1946 in the Pacific theater. He also served in the United States Army during the Korean Conflict stationed at Ft. Leonard Wood in Missouri. On May 5, 1951, he married Frances Lessor in South Minneapolis. They had three children. He was employed at Minneapolis Moline for 29 years as an assembler and was a union steward. He also was custodian for many years at Edina Public Schools. He loved to fish and hunt, and after retiring in 1986 he enjoyed traveling. He especially enjoyed being with all of his family and friends on Lake Pokegama, near Pine City.

He was preceded in death by his parents, son-in-law, Joseph Radermacher, and siblings, Wayne, Altavene, Carl, Marce and Donna.

Funeral arrangements are with the Bertas Funeral Home & Cremation Services of Chaska, Minnesota.

Add an entry as

Add an entry
Watch the guestbook. Stop watching this guestbook.