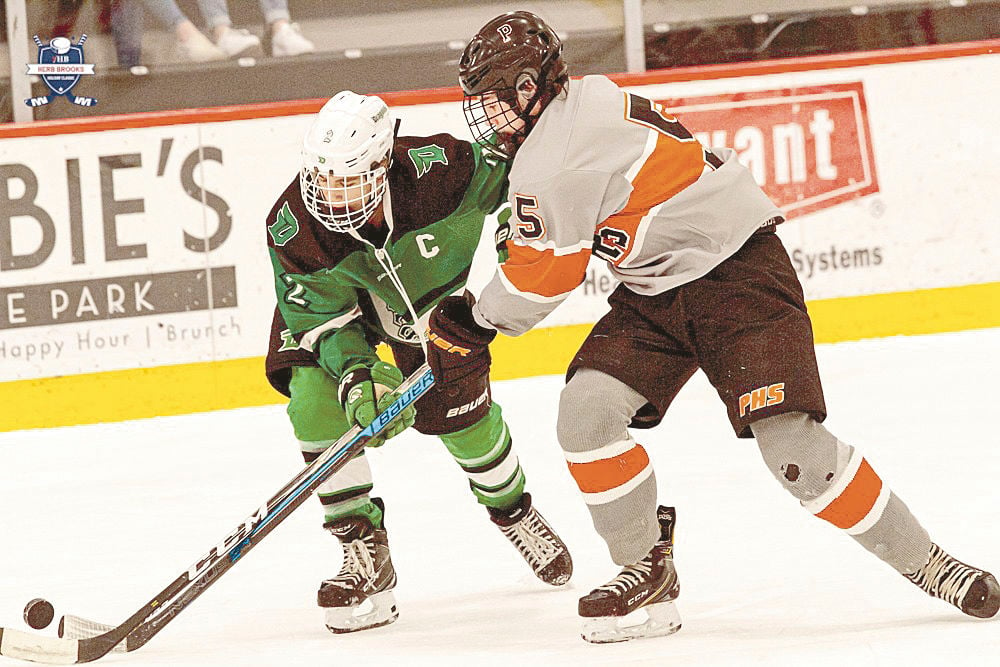 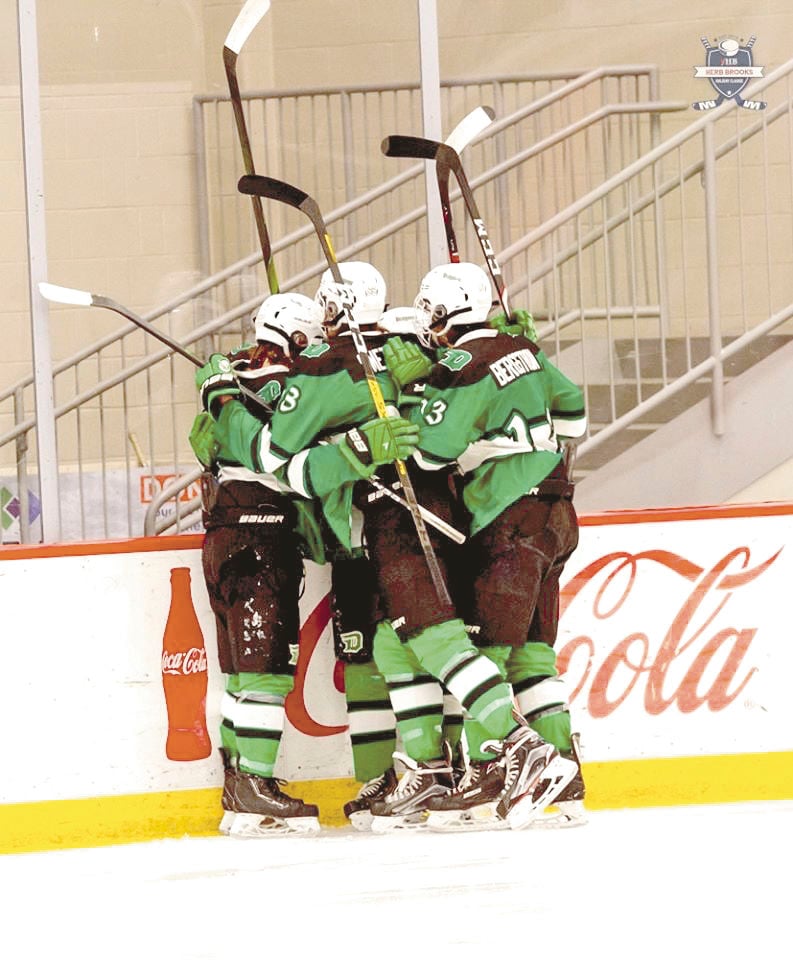 Both the Dragons’ JV and varsity squads performed well at the Herb Brooks Invitational tournament.

Both the Dragons’ JV and varsity squads performed well at the Herb Brooks Invitational tournament.

It was the day after Christmas and all through the house, not a Dragon hockey player was stirring…because they were up at the Pine City Civic Center for an optional skate to get ready for the Herb Brooks Invitational.

This is an invite-only tournament with four different divisions. They do their best to make everyone feel a part of something and feel like the tournament is something special. The Dragons all get lanyards with passes getting them into all eight rinks at the Super Rink as well as TRIA Rink in St. Paul. They have a hospitality room for the coaches, free beverages for the managers, and hockey, hockey, hockey.

In the past this tournament was called the Schwans Cup, this year the Super Rink partnered with the Herb Brooks Foundation and changed the name and a few things about it. In the transition and with the Dragons’ recent success, the Dragons were moved up a division from the open to the bronze. This division included private schools from both Minnesota and Wisconsin, ranked A teams and also AA teams.

The JV Dragons started the tourney against a private school made up of suburban Milwaukee schools. No one knew anything about the “Brookfield Stars” other than they were from Wisconsin.

“When we left PC, our plans for the JV and V games were different than when we got to the rink. We were unsure on a couple of key varsity players including our starting goalie. As the trip went on, we figured that we would be without both boys that did not make the bus,” said coach Grant Nicoll. “This changed the personnel of the JV team. To the credit of the boys, AND GIRL, they rolled with the punches and made it happen. They set the tone and won 3-1 putting them into the semifinals.”

After going back to the hotel to check in and have some sub sandwiches delivered it was the varsity boys’ turn to play Brookfield. The Dragons did not seem rattled that their starting goalie was at home sick. The boys had all the confidence in Mason Olson, and rightfully so. This was Mason’s first varsity experience of his career, and he fit the mold. The boys were victorious sending them to the semifinals.

“Don’t tell the hockey people, but after the two wins we allowed the boys to have one hour in the pool when we got back, said coach Nicoll. “I am not sure if they were more excited about the win, or the fact that the old crabby coaches actually let them swim for an hour.”

After the gift exchange the coaches took the Dragons for some team bonding time. They went bowling, ate pizza, and did laser tag. (If anyone is wondering, the coaches and managers team won laser tag and a certain coach had the high score.)

With the two wins, that meant that both the JV and V teams were scheduled to play at 7 p.m. This meant that the coaching staff would be split as well as the players. Next it was time for both the JV and V teams to take on Simley. The Dragons played Simley about two weeks ago, at the civic center, and both games went to OT. At those games the JV team lost in a tight one and the varsity team pulled out the win with 1.6 seconds left.

Unfortunately the JV team was a little shorthanded from injury, penalties, and the fact that the varsity was playing at the same time and they came up short losing 7-1.

“There were some upset players, which is good, but the attitudes were addressed and all is well in Dragon land,” said coach Nicoll.

The varsity Dragons hit the ice at the same time. Coming out a bit slow, goalie Alex Laven needed to save the Dragons early. Not playing the best period, the Dragons went into the locker room up 1-0 from a goal off the stick of Jimmy Lindblom. The second period was much different. The Dragons came out and dominated play putting the score up to 4-0. The third was a very mellow period with no scoring, as the Dragons held on to a 4-0 win.

Saturday brought on some important games for both the JV and the V teams. When the Dragons woke up EVERYTHING was an ice rink. Everyone was worried about road conditions and games still being on. With the help from Loren, the Pine City bus driver, the Dragons were able to make it safely to all of their stops and back home.

The varsity Dragons started the day down in St. Paul. The championship game was played at TRIA Rink in downtown St. Paul.

“For those that were not there, it was an experience. When we got there, the Wild were just getting off the ice,” said coach Nicoll. “I wish we would have known that as we would have showed up earlier!”

The rink was on the fifth floor; yes, a hockey rink on the fifth floor of a building in St. Paul with dual zambonis and the whole works. The wall behind the Dragons’ net, in the first and third period, was made of all glass. This was an experience in its own for the Dragons, not to mention that they got to play rival Princeton for the championship. The game was pure domination by the Dragons. Starting out to a 4-0 lead in the first period, the Dragons never looked back. The game ended with the Dragons putting Princeton into running time, and won first place in the Herb Brooks Invitational.

After everyone calmed down and got on the bus, the Dragons had to head back north to the Super Rink for the JV to play their third place game. The JV Dragons took on a AA school in Spring Lake Park.

They were again shorthanded, but with a terrific performance from Mason Olson between the pipes and the Dragons ahead of him netting a few goals, the team took home some third place hardware.

The Dragons took home a well deserved two trophies and a banner. It is an impressive task that the Dragon hockey parents, community, supporters, and coaches at all levels have accomplished with these players over the years. From “Mini Mites” to Varsity, It’s a great time for Dragon Hockey.

Sorry, there are no recent results for popular images.